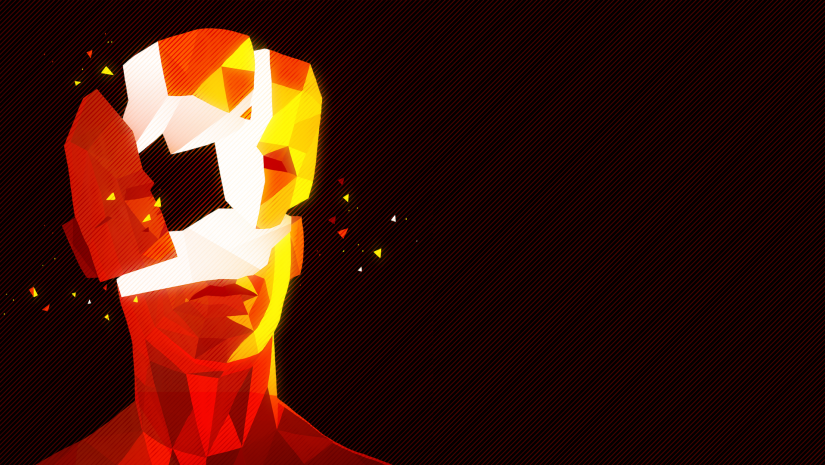 Our review for Superhot, an indie FPS-puzzle game with a simple concept and a lot going on under the surface. Reviewed by CCT. Superhot is one of those games that comes around every once in...

Our review for Superhot, an indie FPS-puzzle game with a simple concept and a lot going on under the surface. Reviewed by CCT.

Superhot is one of those games that comes around every once in a great while that I have a really hard time putting into words what makes it what it is. The Beginners Guide, Undertale, and Portal are standout examples of games that did this to me. Maybe it’s their limited scope, their incredible attention to detail, or something I just can’t put my finger on. Something about them makes them special. Superhot is a very special game. 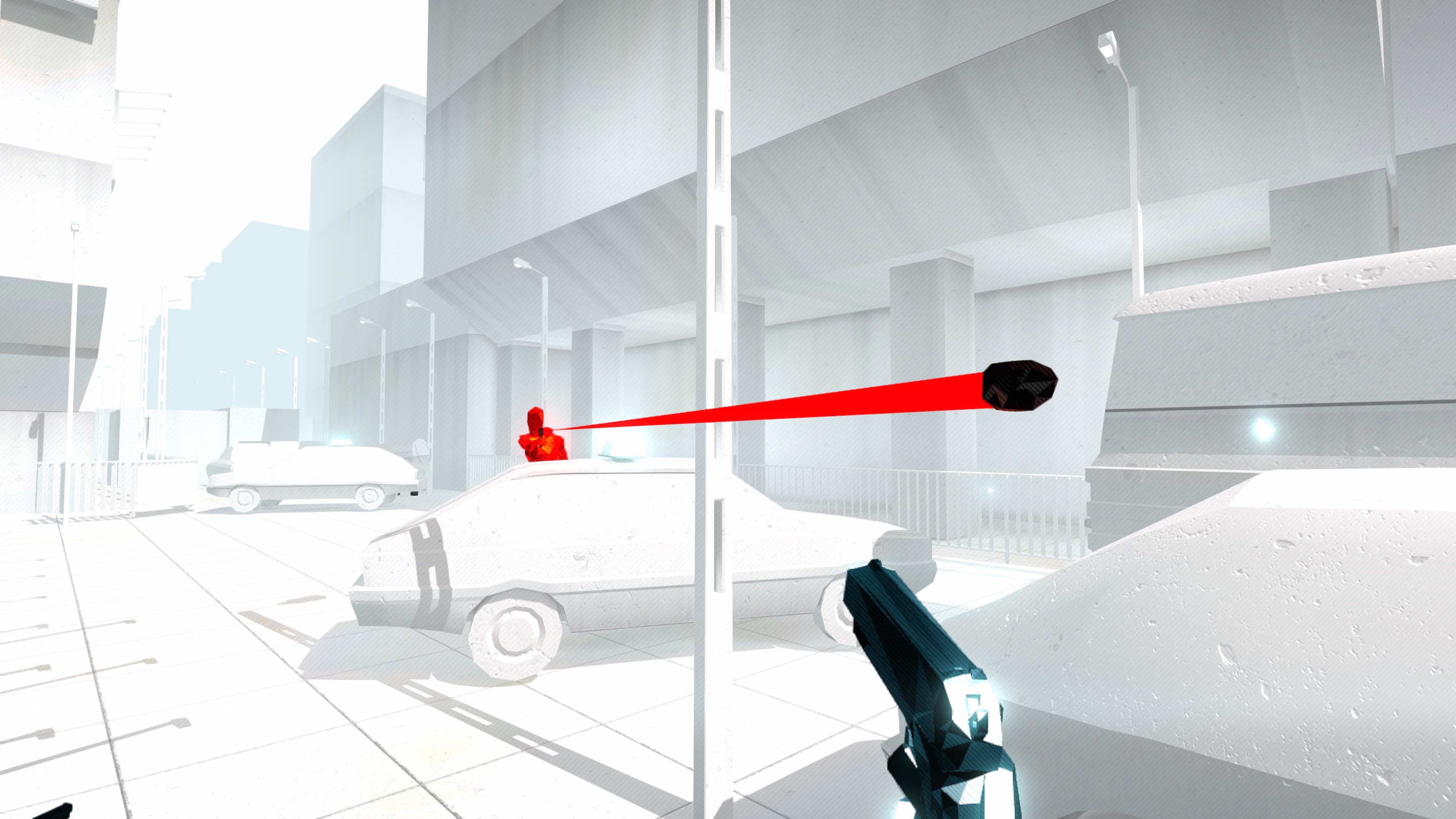 Superhot is a project that began as a 7-day FPS game jam in 2013, turned into a free browser game, then a kickstarter, and almost three years later released. It’s a simple enough idea. Time only moves when you move, and every bullet is a one-hit kill. You can throw weapons and objects at enemies to stun them and make them drop their weapons. You can then catch these weapons mid-air and use them against them. All of this takes place at a bullet-time speed that you have complete control over.

But while this game advertises as a shooter, it’s really more of a puzzle game. Every shot counts, every step counts. One mistake and you’re dead. It creates this kind of tension that pays off extremely well when you land that perfect shot or narrowly dodge a bullet that you saw in the nick of time. The enemies are made of a red crystalline substance that shatters very satisfyingly when they die. And every stage presents a new challenge that slowly introduces new mechanics while simultaneously challenging your knowledge of ones you’ve learned previously. Perfect pace for a puzzle game. The simple nature of the “gimmick” never dulls, never gets repetitive. The multiple ways you can solve each room add to this even further. I’d definitely stay away from this title if you’re expecting an FPS, though. 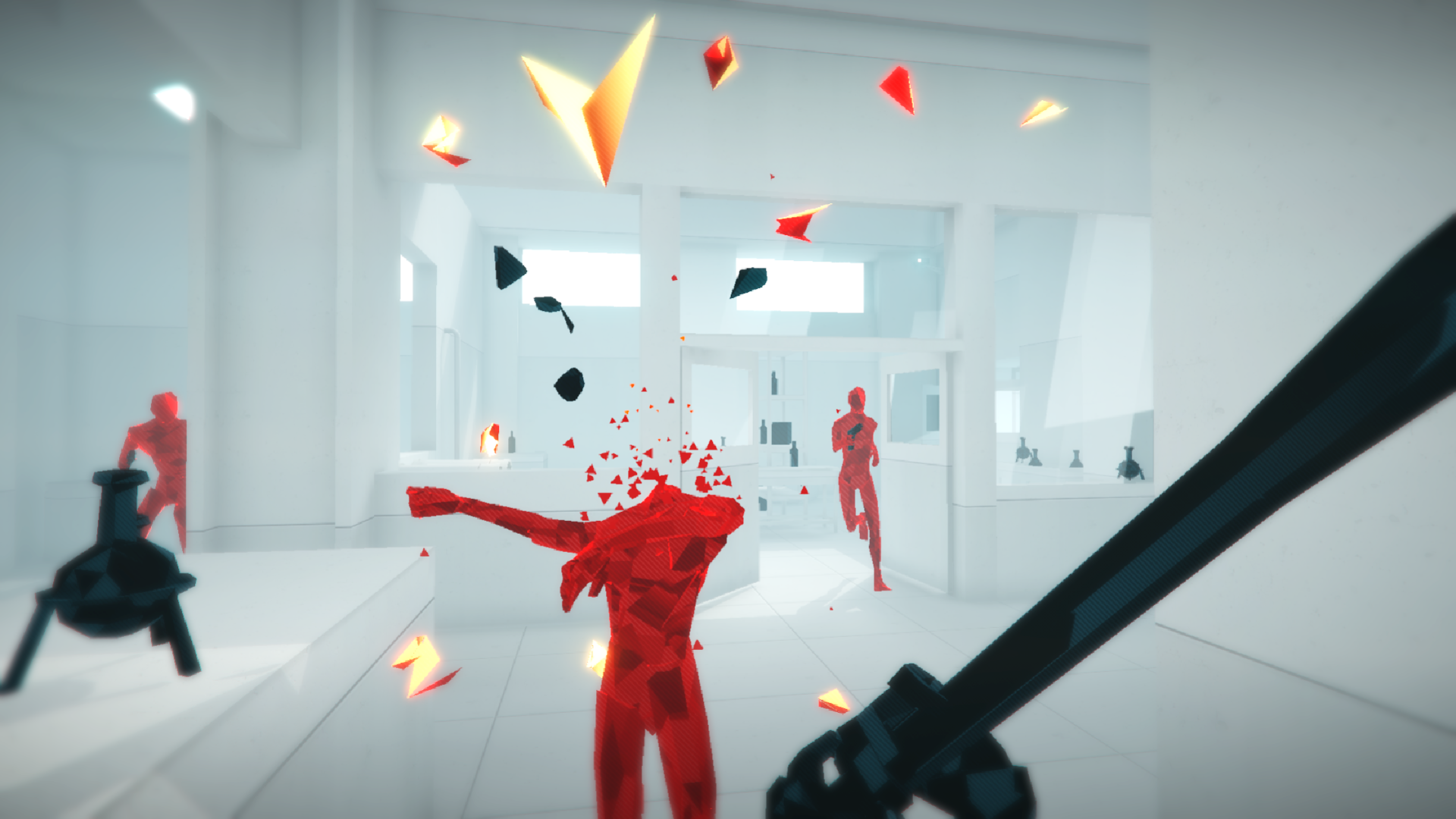 Now the mechanics of this game are really really good, but for me that isn’t where this game truly shines. I won’t go into this too much because I don’t want to spoil it for anyone. The thing this game nails more than anything else, at least for me, is the narrative and atmosphere. The story hooks in this game are incredible. I honestly didn’t expect much story in the first place, which is probably why it impressed me as much as it did. It’s wonderfully vague and abstract which lends itself well to how unnerving it can be. The aesthetic of the menus and art are superb, and the writing is fantastic. 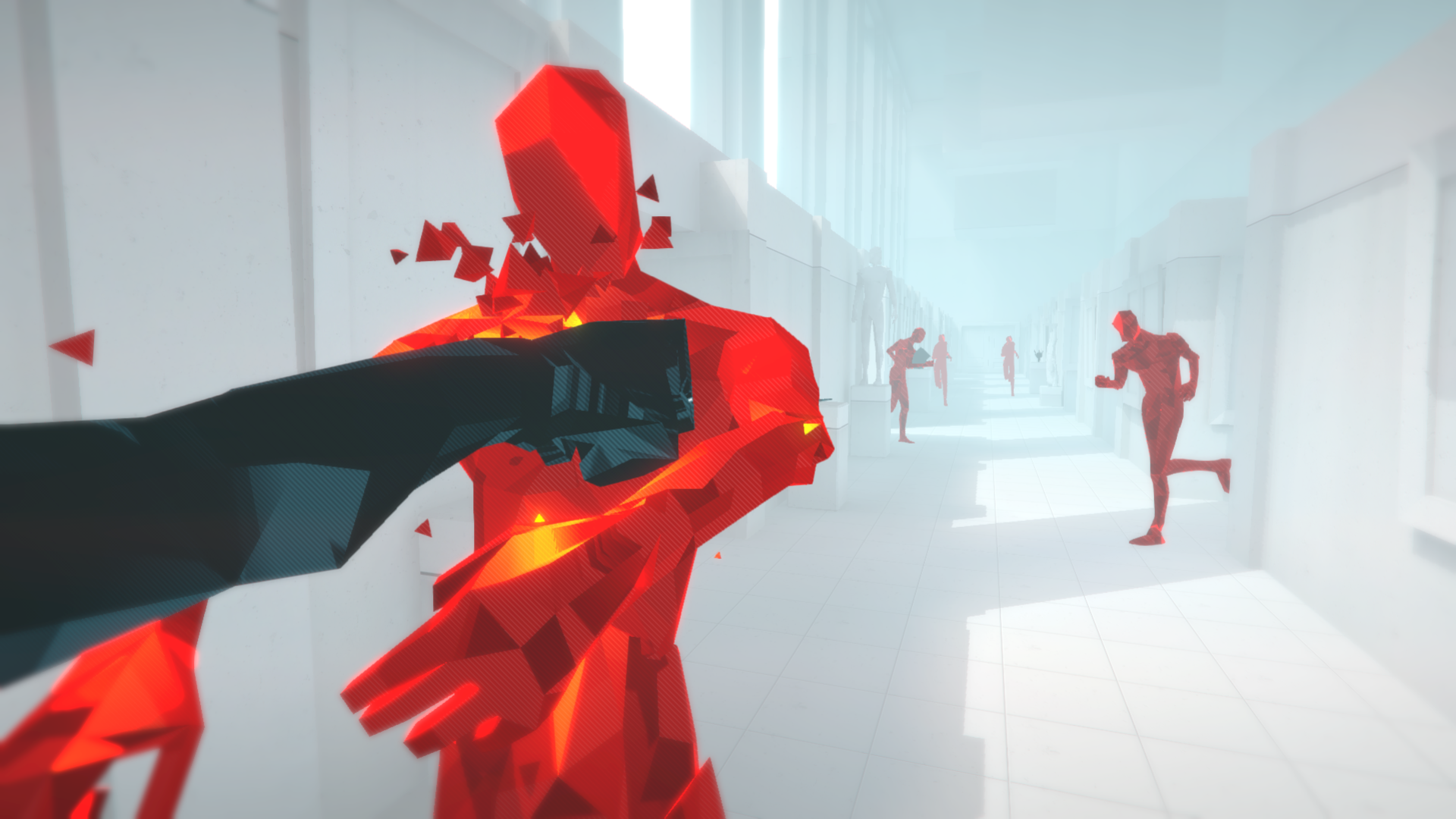 This game would be incredible in VR. The developers have talked about enabling it for VR at some point in the future, so we’ll see if that happens. But once you play it, you will definitely understand why. Superhot is a very special game that really nails exactly what it sets out to do, doesn’t try to be more than it is, and that’s why it’s getting five stars from me. It’s a bit pricey for it’s length, but it definitely shouldn’t be missed. I absolutely loved this game, and I’ll be returning to it every so often to test my hand at the challenge and endless modes as well. 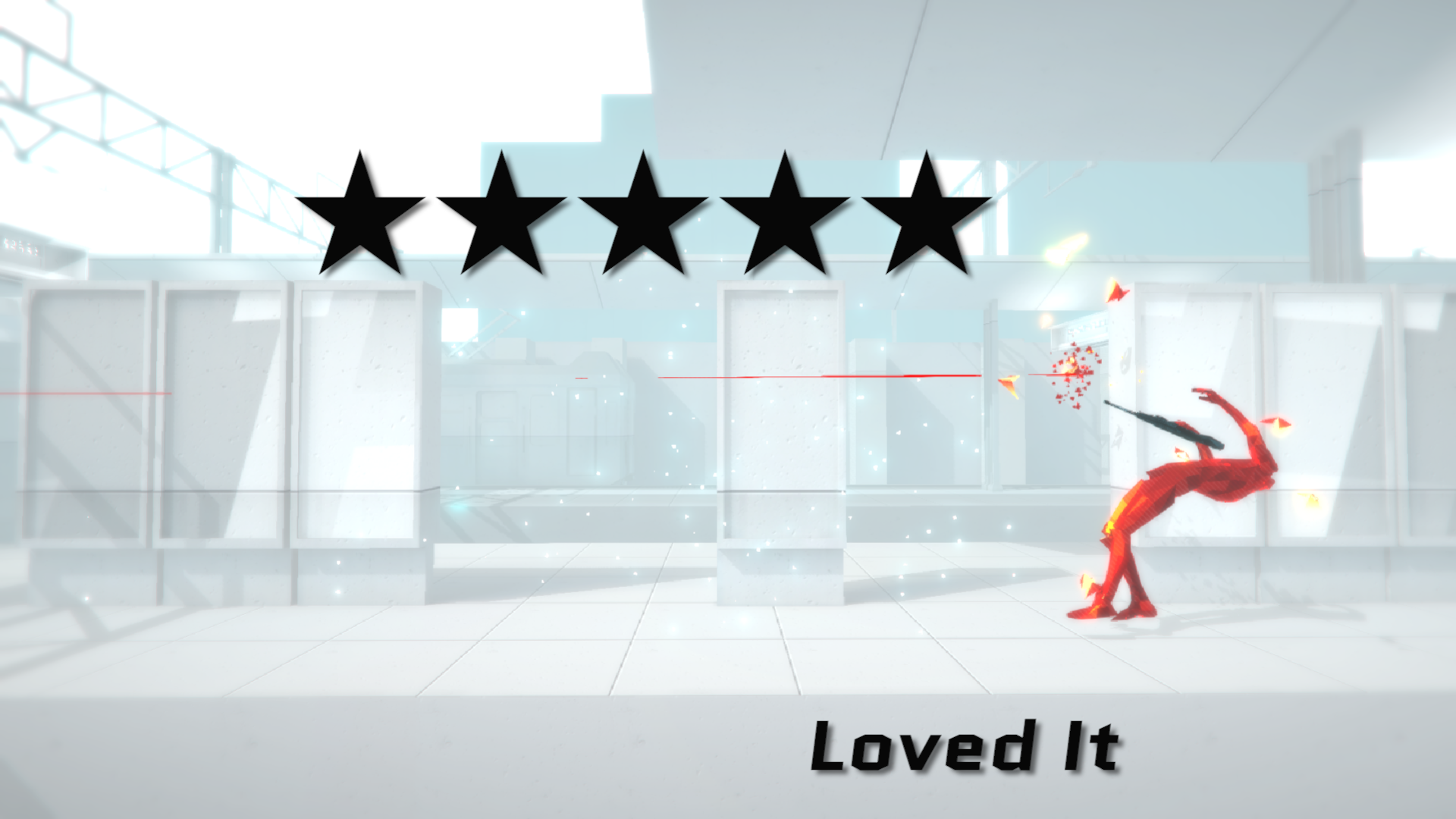 It’s the most innovative shooter I’ve played in years.