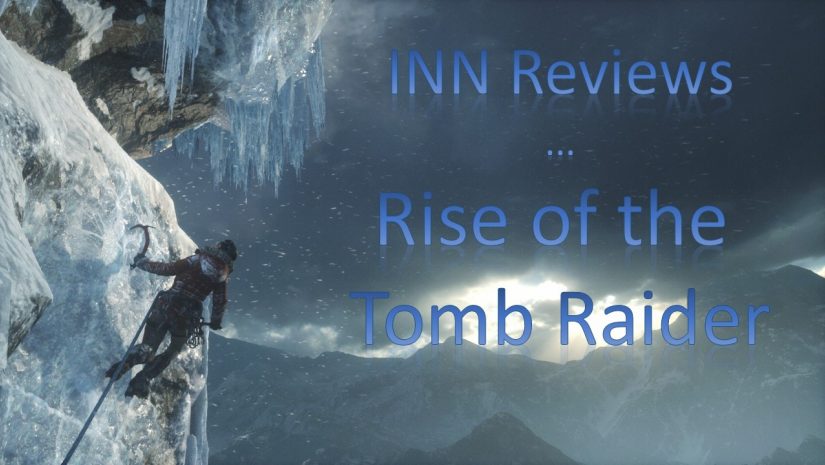 INN Reviews… Rise of the Tomb Raider Written Monday 8th of February 2016 at 08:58am by Erris

Hello Citizens! Welcome to The Relay’s review of Rise of the Tomb Raider, by CmdrCruisinTom. Over the last couple years, the video game space has drifted away from big spectacle games that are linear in...

Hello Citizens! Welcome to The Relay’s review of Rise of the Tomb Raider, by CmdrCruisinTom.

Over the last couple years, the video game space has drifted away from big spectacle games that are linear in both gameplay and story in favor of giant, open-world action-RPGs. This was especially apparent when The Order: 1886 was released early last year, and while being an okay game that suffered from its length, it was critically and commercially panned. The action-adventure games of the mid 2000’s have been absent for quite some time, so when I finally sat down with Rise of the Tomb Raider after it was released on PC, I was ready.

Rise of the Tomb Raider is the second game in the rebooted Crystal Dynamics Tomb Raider series that began with the “self-titled album” in 2013. It takes quite a few notes from its predecessors of old while making significant changes to appeal to its modern audience. The pieces are all there: huge, beautiful landscapes, puzzle-solving, third-person cover-shooting, and an over the top narrative make this a solid contender to its chief competitor, Uncharted. The sequel is a refinement on the previous entry, and this is what simultaneously makes and sometimes breaks this game for me. 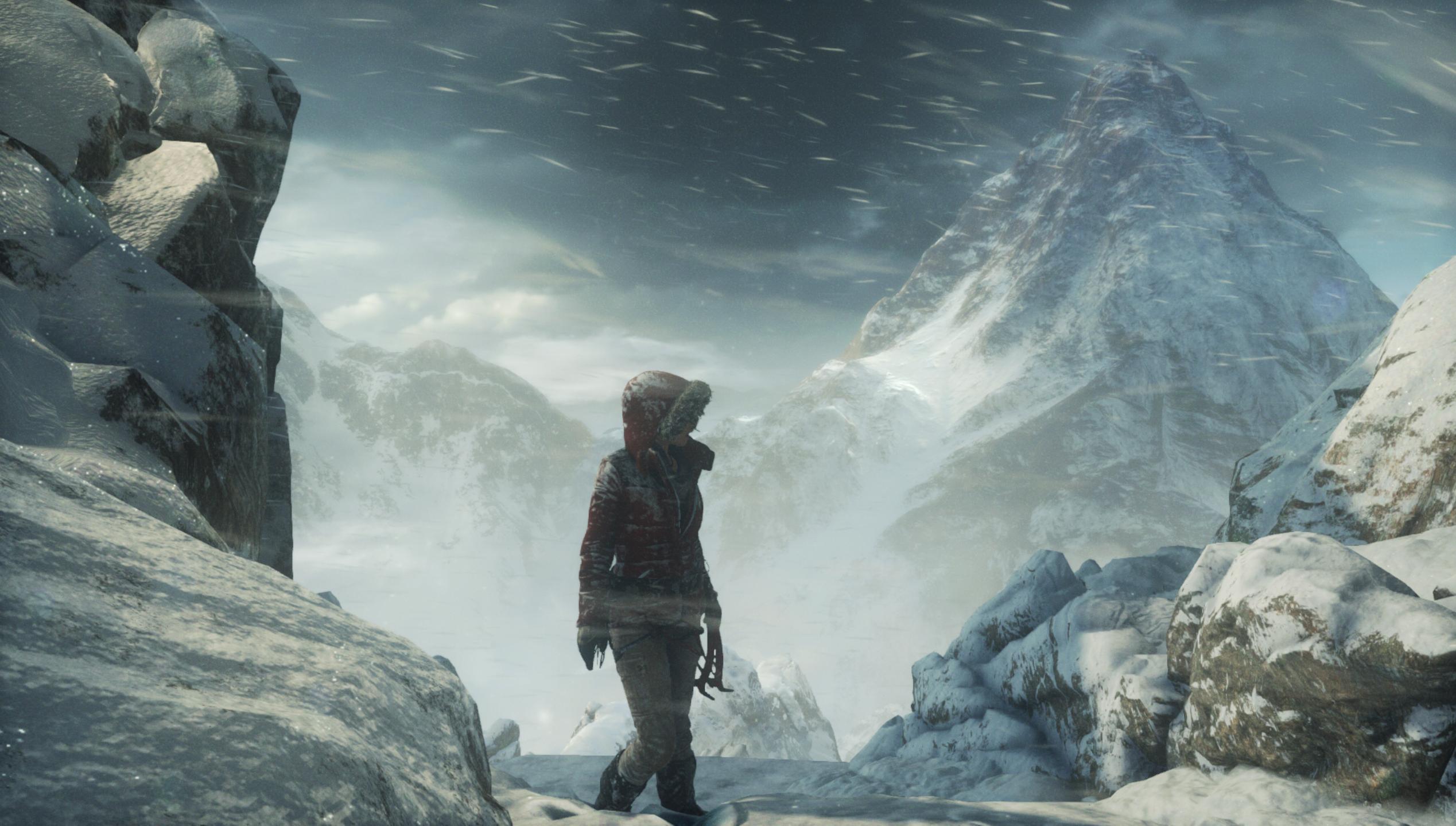 The first obvious quality of this game is its visual grandeur. The player is immediately met with incredible landscapes with view distances I never dreamt possible. The locations in the game are varied and spectacular, surprising me till the very end even though the setting is the same geographical area for the most part. The facial animations are second-to-none, almost too much as it flirts with the uncanny valley line throughout the game. And the best part is that as good as it looks, it runs even better. The PC port is near-flawless; I was able to run the game at a rock-solid 60 frames-per-second at 1080p, with many of the optional Nvidia effects turned on. The game hitched a few times in especially intensive sequences (weather, cave reflections, etc.), and sometimes the wonderfully buggy HairWorks (now called PureHair) effects have a mind of their own, but overall this is likely the best looking game I’ve ever played. 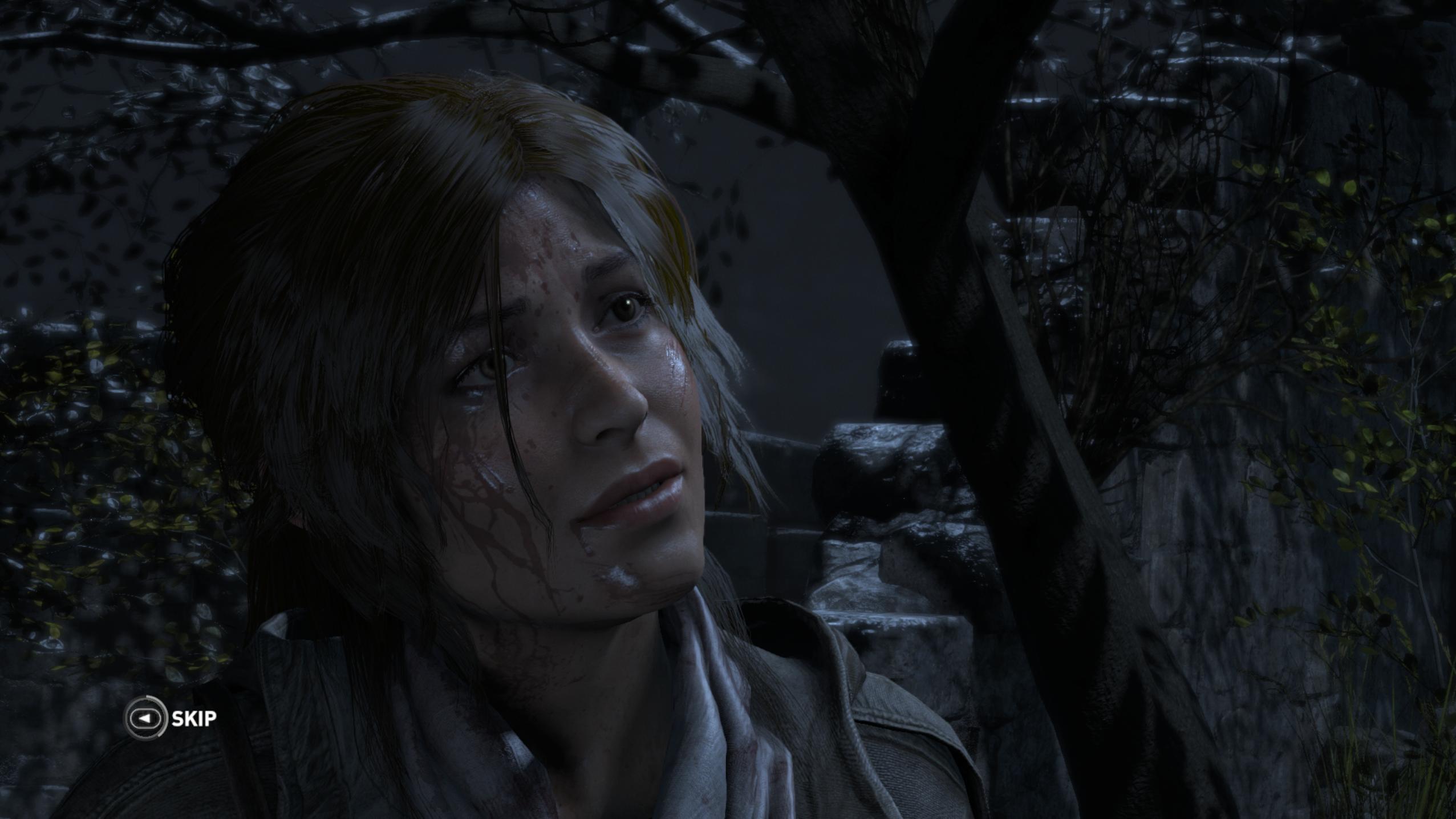 The story in this game is solid as well, though it likely won’t be nominated for any awards (and wasn’t in 2015 for the Xbox One version). It’s your standard fare Tomb Raider story. Lara is looking for a long lost artifact in an old ruin, racing a crew of bad guys along the way. The story is paced well with a few really powerful moments, including the ending which took me by surprise. The game is also filled with the blockbuster adventure moments that make you question whether or not there’s a building or cliff face that Lara has touched that hasn’t exploded. Camilla Luddington, Lara’s voice-actress, is just as great as she was in the original game, though the “I just murdered 300 people and I feel bad” tone from the trailers is missing. Regardless, Luddington is beginning to deliver on Lara’s sassy heroism as the character matures, with some great one-liners throughout the game. 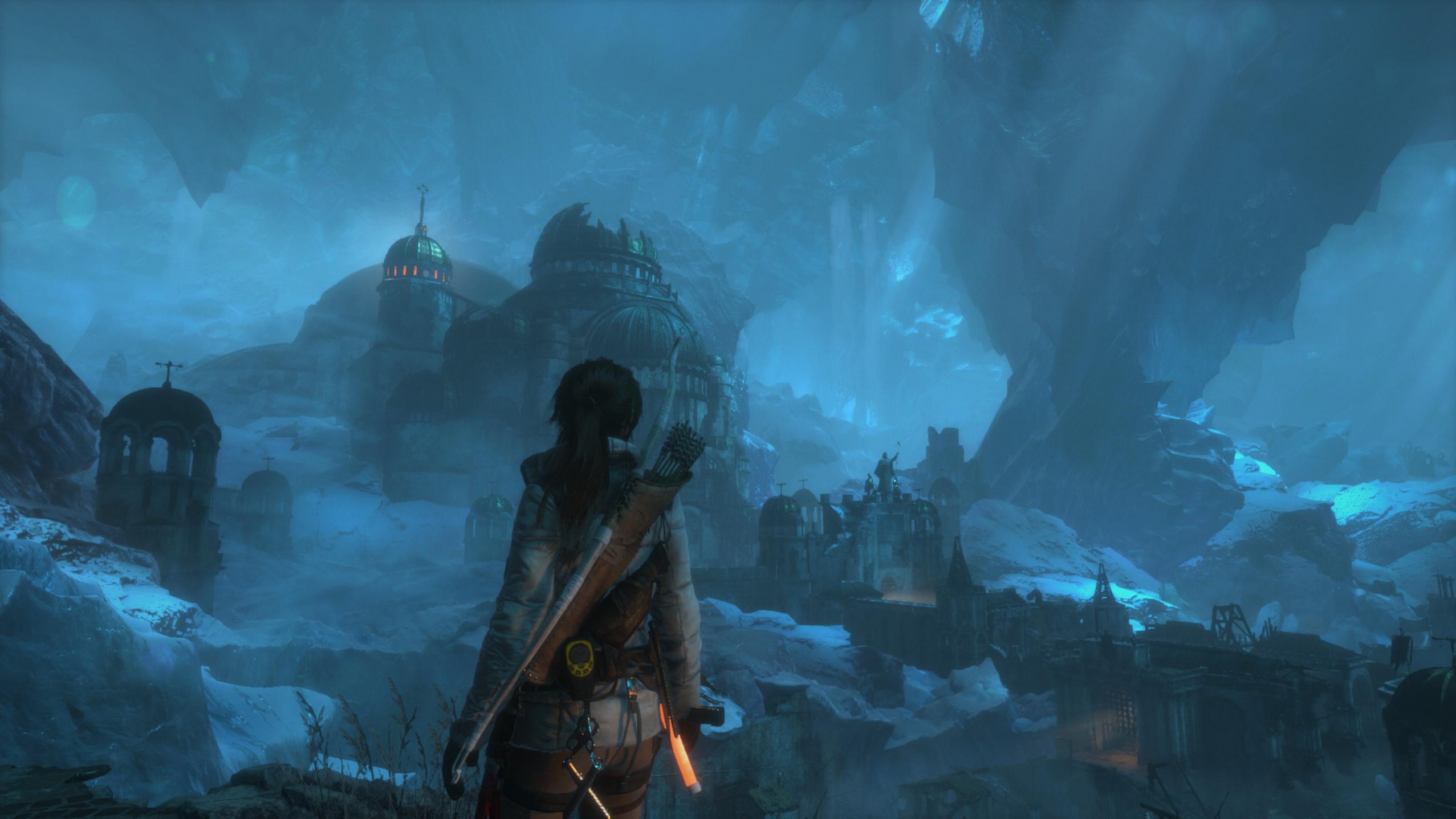 The gameplay is still solid, with some added mechanics from the first game. Stealth feels great, especially with some of the bow upgrades and tree-parkour a la Assassin’s Creed III. The open combat is straight out of Uncharted, much like its predecessor, though this is where the game suffers most for me. The combat isn’t terribly innovative or interesting and, especially towards the end of the game, the enemies become exponentially more bullet-spongy, which turns the sometimes-forced open combat into a tedious slog. I really wish I could enjoy the combat more than I do, but for some reason the cover-shooting in Tomb Raider just doesn’t feel right to me. Also, while the ratio of exploring and puzzle-solving has increased since Tomb Raider 2013, it still isn’t enough. The open areas are great and the additional objectives (including the return of the great challenge tombs) motivated me to explore, but the main story is still peppered with repetitive combat. I would even be okay with that ratio if I could do more of the combat in stealth, but the monotonous firefights were often forced upon me. 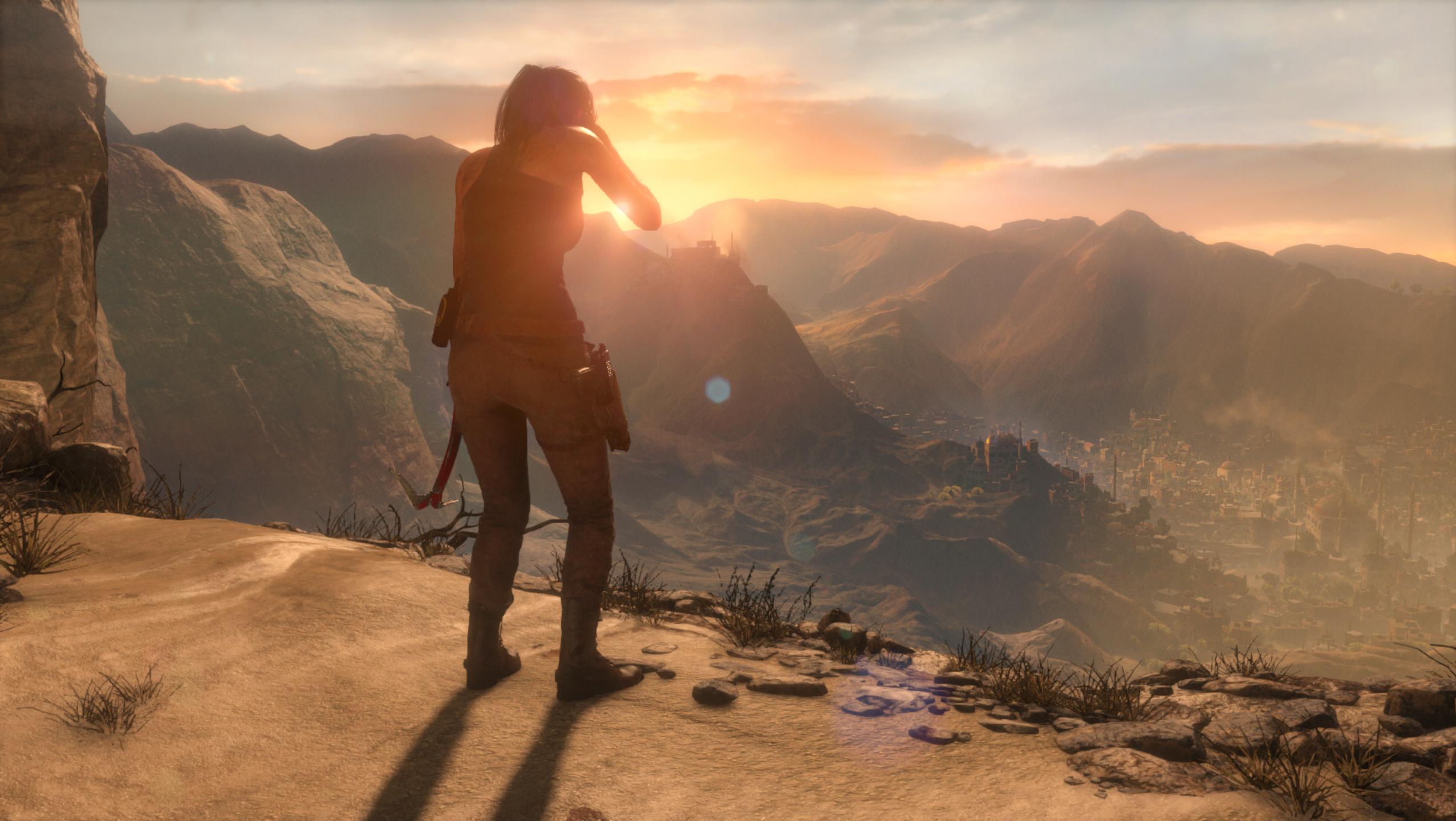 Overall though, I had a great time with this game. I’m a big fan of the franchise as well as the reboots, and Rise of the Tomb Raider is a fresh coat of paint on its prequel. A solid spectacle action-adventure was sorely lacking in my life, and I enjoyed most of my time with this game. However, it didn’t particularly surprise me; a lot of the things I didn’t like about the first game were addressed, but only half way. I miss my old adventures with Lara, solving puzzles to unravel a great mystery, delving deeper into ancient burial grounds. I hope Square Enix continues to fund this franchise, though. It’s definitely going places, and I’m eagerly awaiting to see where Lara goes next.