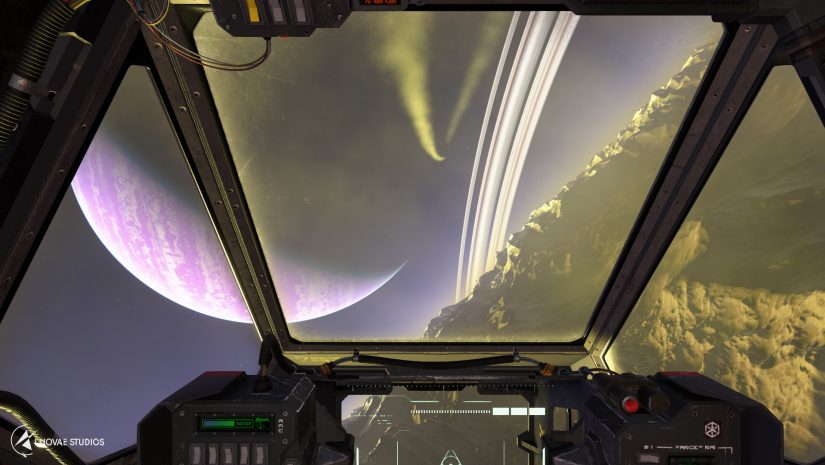 Infinity: Battlescape Preview Written Friday 13th of November 2015 at 09:45am by Erris

Hello Citizens! As you might know, sometimes here on The Relay we celebrate other games. This is one of those times! Today we’re going to talk a little bit about Infinity: Battlescape, and about crowdfunding...

As you might know, sometimes here on The Relay we celebrate other games. This is one of those times!

Today we’re going to talk a little bit about Infinity: Battlescape, and about crowdfunding in general. Before we begin, I highly recommend you go and check out their Kickstarter, their website, and Chris Roberts’ ‘Note from the Chairman‘

As mentioned in Chris’ note, Star Citizen’s successful Kickstarter seems to have started a resurgence in the ‘space’ genre, from Elite: Dangerous to No Man’s Sky to Rogue Galaxy and beyond. It is a very good time to be a fan of space games.

Infinity: Battlescape is a massive, in-space arena shooter. Think Arena Commander in Star Citizen, but on a much larger scale: a whole solar system. The key point the funding campaign seems to be trying to get across right now is that the entire game is seamless, with no loading screens as you travel from planet to planet, from station to moon, all to scale. At first, this seems like a very lofty goal, especially for a campaign looking for only $300,000. Except that they have a prototype working right now, during their Kickstarter campaign. Videos of the prototype in action are easy to find, I recommend finding one to watch on YouTube. I managed to get my hands on it recently as well, and gave it a test drive. (Full disclosure: I was given access to the prototype by the I-Novae devs)

The first time I booted into the game, I will admit, it took me a while to figure out how to turn my ship on. But I got it eventually. Right now, the controls are fairly simple. There’s some thruster control, but for the most part, you aim your mouse where you want to go, and can rotate your ship with the ‘A’ and ‘D’ keys. Its current flight model reminds me a lot of Freelancer. 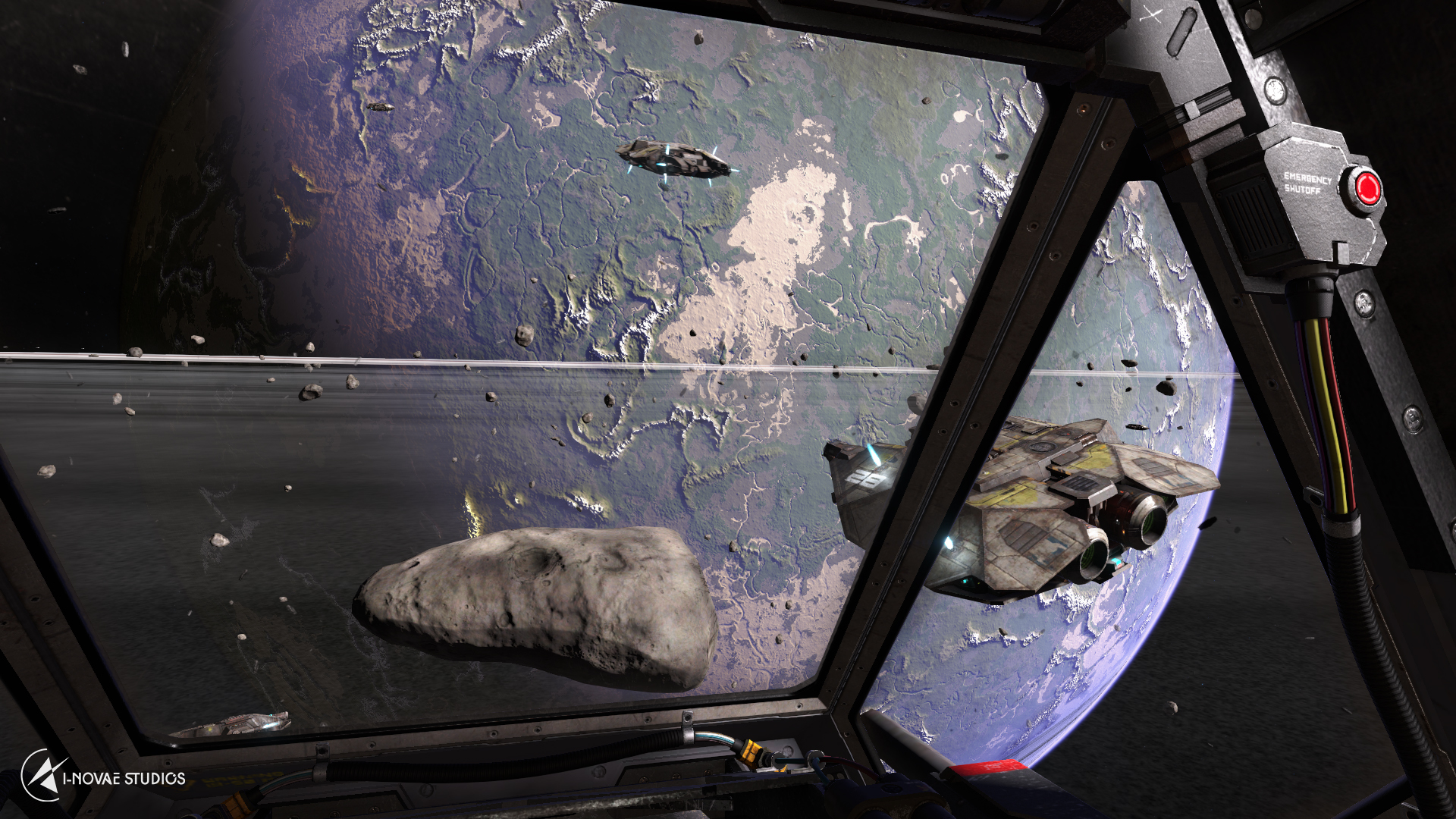 Going into third person you can see the ship you’re flying, a sort of flying pancake, very reminiscent of the design of Elite: Dangerous’ starter ship. You can watch as the thrusters ignite based on your input, which is always a nice touch.

The game itself is, honestly, beautiful. It may not have the graphical fidelity of something like Star Citizen or Elite: Dangerous yet, but as a prototype, I’m impressed. The game starts you in space somewhere above a large, earth-like planet with a single moon. In the distance, you can see a large, purple gas giant. And you can go visit any of the objects in the sky. Go fly down to the surface of the earth-like planet and land on the surface. You can’t get out of your ship, but you can, in essence, land.

The transitions down to the planet are something special. From the loss of control and the shuddering of your ship when you hit the atmosphere, to the atmospheric effects that can occur when you’re looking up into space, the game handles going down to planets very well. But it’s the feeling of sitting in space, looking at a mountain range and saying, I want to go there, and then going, that feels… exhilarating. 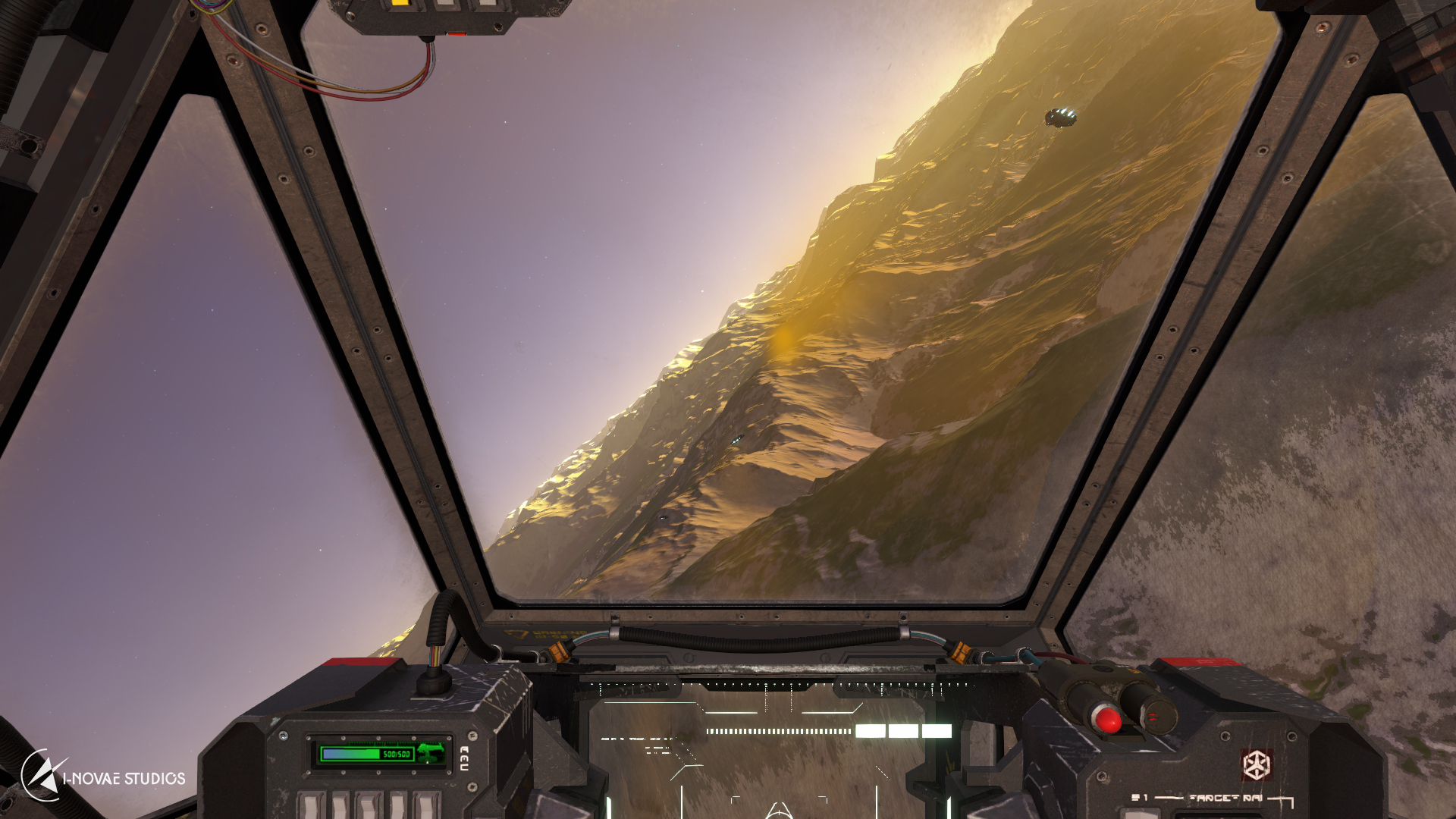 I did have some problems with the prototype though. The earth-like planet, when you get down towards the ground it starts spawning in trees, which made my machine chug a fair bit. And I was disappointed that the sun was too far away to fly to, and crash into. But those are small details.

Overall, I’m impressed. The flight model is still very simple, and in-atmosphere flight is not what I would call fully fleshed out, but it’s impressive nonetheless.

Now, bear in mind that what I’ve played is merely their prototype. It’s a proof of concept, proof that they have the engine that will create the game they want to make, and while the prototype shows a lot of promise, I still have many questions.

The game as it’s pitched right now seems to be an arena shooter, one the size of a solar system. Will you ever see other players?

There’s no persistence, so how will matches play out? Will teams of hundreds of players be able to work together effectively?

How will the economy in matches work? How long will matches last? Will there be joystick support? (currently the only control option is keyboard and mouse).

Some of those questions have tentative answers, which can be found on their Kickstarter page. But a lot of those answers, even the tentative ones, have a long way to go before they become certain. I-Novae studios have to build the game itself, and then build gameplay around that, through testing and iteration. 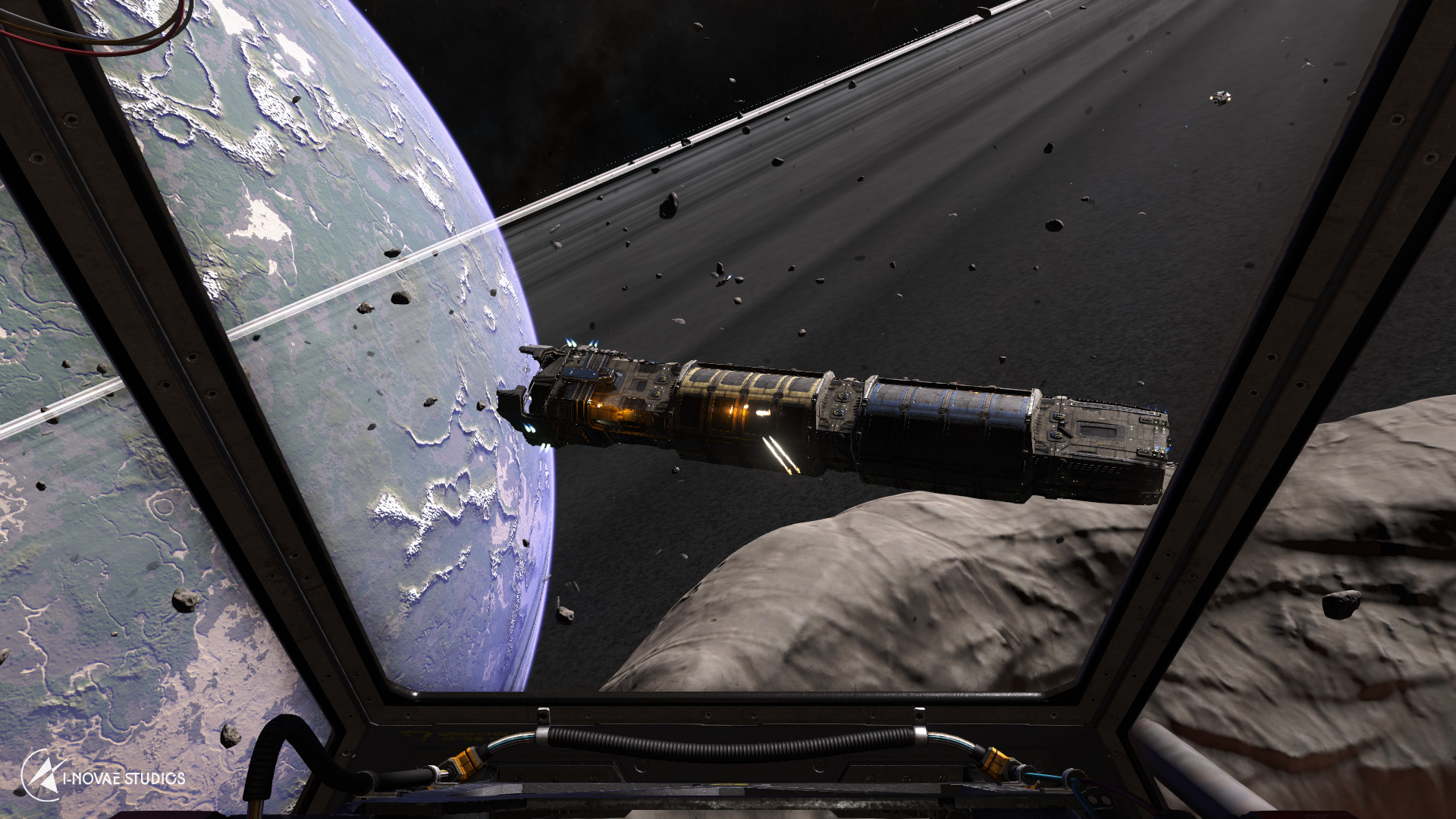 When it comes down to it, I’m interested in Infinity: Battlescape. I don’t know how successful it will end up being, but I like the prototype that they have, and I’m interested in where they take the game, and what they can do with it.

Me? I backed Infinity, because it interests me. What you will think, I don’t know. But I do recommend you go give it a look at least. Hopefully you’ll see something you like.

Until then, see you in the ‘Verse.