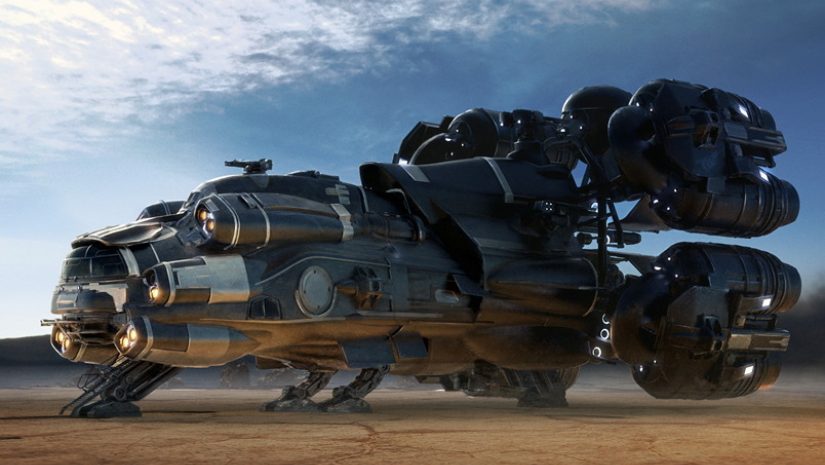 Citizens!  The final Q&amp;A, Hull E, is up for the MISC Hull series sale. This ship is quite the beast.  Hauling absolutely gigantic quantities of goods, or in some cases just very large individual things...

Citizens!  The final Q&A, Hull E, is up for the MISC Hull series sale.

This ship is quite the beast.  Hauling absolutely gigantic quantities of goods, or in some cases just very large individual things.

There are a few great bits of lore in this comm-link, this being my favourite:

“We shot Star Robbery! on a retired Hull E that the studio purchased for the holo. Worst part was that a 300 meter long spaceship looks like a city on camera; spacious interiors, engines you have to walk a quarter mile to reach. We actually ended up renting a Hull C for a bunch of the second unit stuff! Then for the climax, where it was supposed to blow up while Jan [Halsey, holo star] is rocketing away, the [redacted] thing just wouldn’t [redacted] explode! We rigged the spine with explosives, which the demo guys said would give it a cool collapsing effect… just snapped one of the prongs off with nary an additional scratch. Had to tow it to a drydock, reattach the prong and then tow it back to be blown up again!”
– Ax Skart, Director, STAR ROBBERY!

Check out my favourite questions:

“What kind of options will there be for automated loading if that’s not the kind of task we want to worry about?”

Grabby Hands means that you can load every part of the ship if you so desire… but in all likelihood, you won’t ever want to do that on something as large as a Hull E. Loading can be done automatically via your mobiGlas under normal circumstances (and then the cargo itself can be organized through the console interface.)

This is going to depend on the fighter! We have been experimenting with a system where you you must ‘construct’ a Hornet from components stored in standard containers. This would be something you do in flight, similar to sub-launched aircraft in the 1940s: unfold the container, put the ship together during an EVA and then take off. In these cases, which involve heavier ships like the Hornet, you would not be able to land on the Hull. We also plan to have smaller midget fighters (such as the Merlin) which could be launched and recovered with tractor beams.

And the entirety of the Q&A: