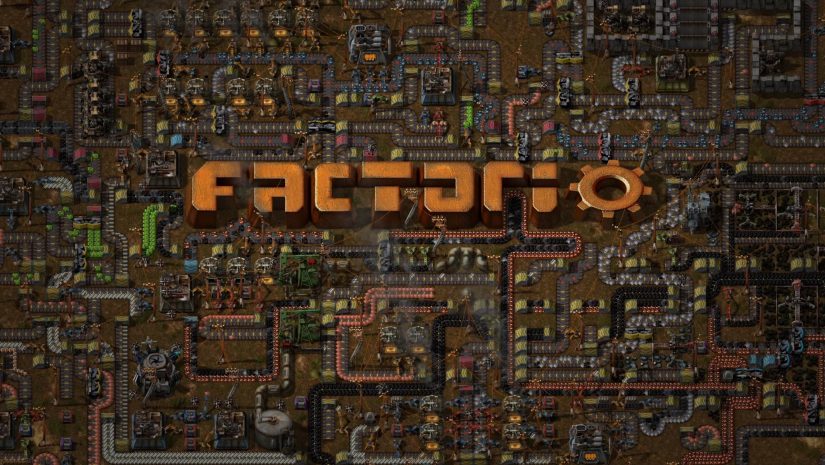 Factorio Preview Written Wednesday 4th of May 2016 at 09:08am by Erris

I want to talk today about Factorio, an Early Access title available on Steam. When I started this article, it was about something else entirely. More specifically, it was about why I don’t really play...

I want to talk today about Factorio, an Early Access title available on Steam.

Factorio is currently the highest rated game on Steam, period. This is not a review, as the game is still in Early Access, but it’s… it’s my thoughts? A recommendation? I don’t know. Let’s call it a Preview.

Factorio… Factorio doesn’t really look graphically impressive. It’s a top down… builder? It’s confusing. You mine materials, using the materials you mine to build things. Mine iron, turn it into iron plate, using a furnace that you built out of stone that you mined. Then you turn the iron plate into something else. Same with copper, turn copper into copper wire, then use copper wire and iron plate and turn them into electronics, etc… etc… 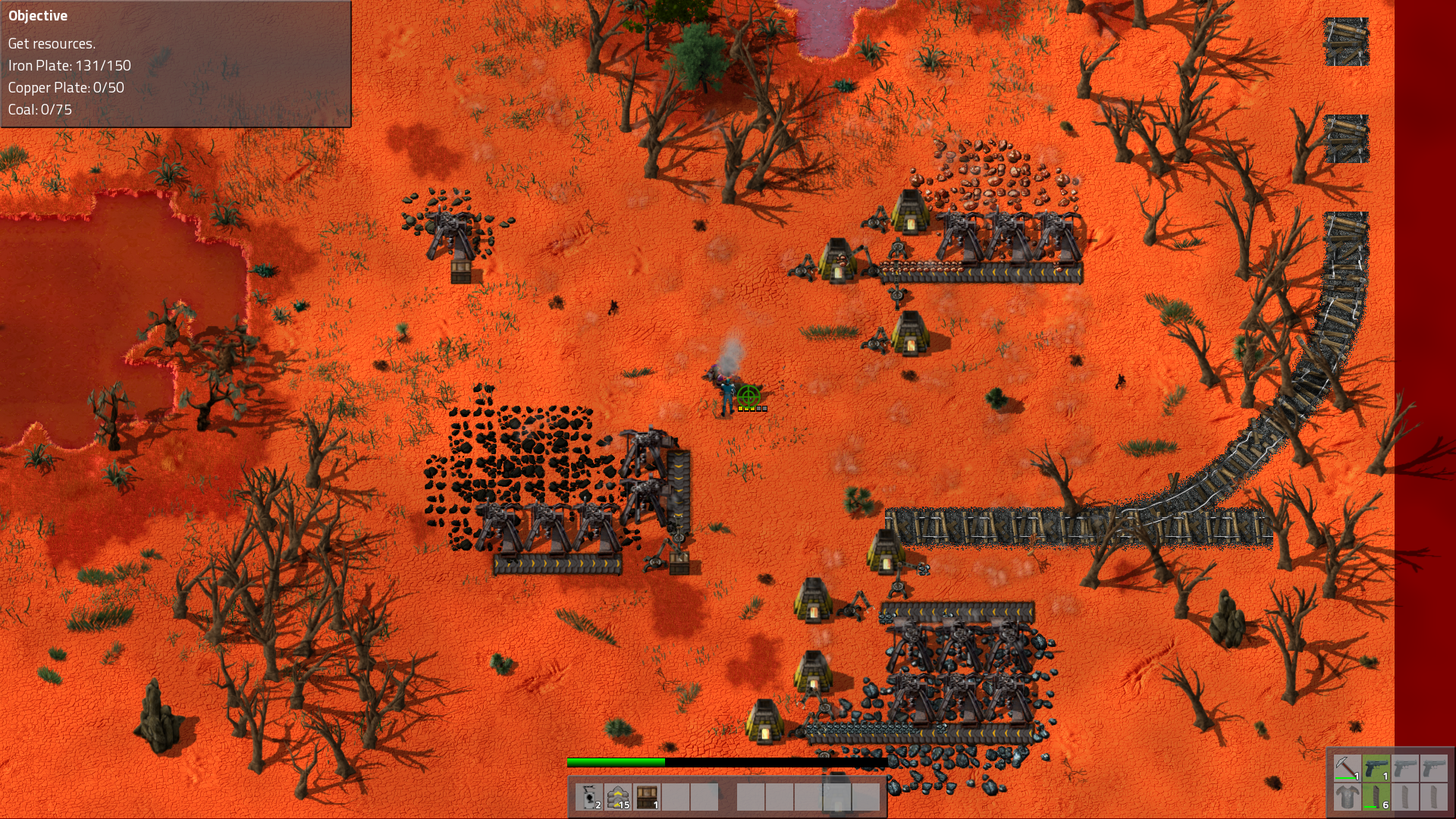 If you were doing each by hand, it all gets very tedious. The goal of the game is to survive, build up your manufacturing capabilities, and eventually build a rocket ship (starting from iron ore and building up to rocket ship can take a while). To do this you create a series of automated tracks, think the walking escalators in airports, to deliver materials from one building station to another, until you build enough to build your rocket ship.

Oh, and the entire time you’re under attack by giant alien crawly thingies.

Along the way you can build guns, turrets, trains, tanks, factories, laboratories, and more, but the jist of the game is mine ore, turn ore into bigger and better things, and keep doing that. And along the way you get to manage electricity, pollution, resources…

That’s a long explanation of the game to say two main things about it. The first, is I love it. I LOVE this game. The first night I bought it, I played Rocket League with friends instead, and the entire time I played with them, I wanted to quit, go be anti-social, and build things in Factorio.

Eventually that’s what I did. I quit Rocket League and went and built conveyor belts and iron smelting factories and had a blast. And then I started looking into it more. And this is where the Early Access part of it comes in.

I read the upcoming feature-list for more patches.

And that’s just the next patch. With the game at 0.12 right now, it’s a very early alpha.

Now, don’t get me wrong, Factorio is worth every penny I spent on it, even if it’s still Early Access.

But to me… let’s say I’m playing Factorio, and I finish everything, and I get tired of it and move onto another game, and then a new feature comes along. Maybe it’ll interest me and I’ll jump in, or maybe I’ll have put enough time into the game and I’ll want to move on, or maybe I won’t even hear about it. I can’t really deal with that, I can’t really play games that way.

I suppose I long back for the days of cartridges on consoles; when the game that you bought was the game that you got, and that was it. For Factorio, I can’t bring myself to play it till it’s feature-complete; till I can play it with friends and beat it completely.

And that’s what this was supposed to be about. But it’s not. Because later tonight, as I write this, I’m going to sit down and play more Factorio, to try out the multiplayer. Because it’s that good. I don’t want to play it, because it’s not done, because I don’t want to spoil it.

But I’m still going to go ahead and play it anyway.