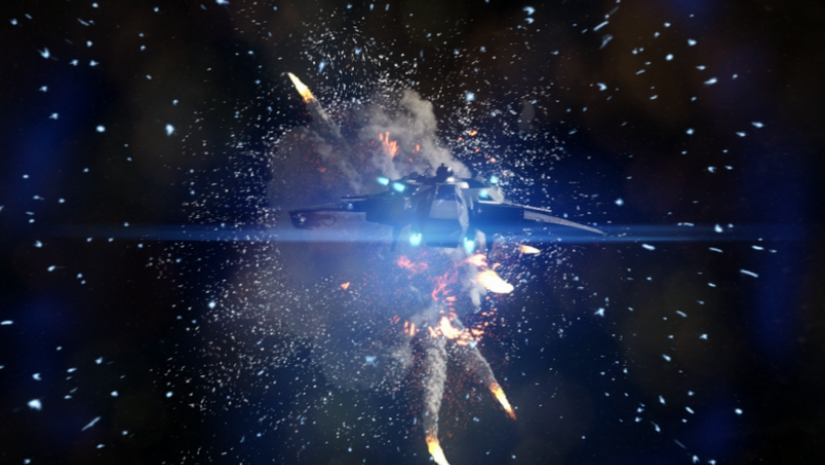 Greetings Citizens! A few hours ago, respected journalist William Usher posted an article on his website, an article fairly critical towards CIG. This is The Relay’s response. Before we begin, while normally we here at...

A few hours ago, respected journalist William Usher posted an article on his website, an article fairly critical towards CIG.

This is The Relay’s response.

Before we begin, while normally we here at The Relay prefer to stay out of these sorts of issues, we’ve decided that we owe it to the community to try to be better. We can’t make promises that we will be, but we will try.

Several of us take issue with some of the facts presented in Mr. Usher’s article. I would like to state that I personally respect William Usher and continue to do so. My stance on these things has always been that good writers can write bad articles. Lord knows I have.

The article, and the events claimed therein, stem from a former RSI forum community member, BeerfortheBeerGod, being perma-banned from the forums. The article continues…

The quote above shows the first major problem with the article. It claims that BeerfortheBeerGod decided to speak to Sandi about his perma-banning, which there would be no problem with. Except that there’s no legitimate proof that such a conversation happened. All that it’s included in the article is a link to an anonymous pastebin. While there is also an imgur album with slightly more reliable images on it, not only did the article not cite the imgur album, images of emails and pastebin notes are not only impossible to verify, but incredibly easy to falsify. What occurred with BeerfortheBeerGod to have him banned? We don’t know.

We reached out to CIG for comment, Community Manager Jared Huckaby replied,

“We value the privacy of our backers, and therefore cannot comment on any disciplinary actions taken against an account or person.  “Perma-bans” as they’re referred to, while enforced by volunteer moderators, and can only be approved by CIG employee staff members, and as such are the purview of the Community Manager, Lead Moderator, and Director of Community Engagement only.”

Not only that, but the article appears to be heavily biased towards Beer. It is written in such a way that it almost looks like it’s covering both sides by including that bit where they ask one of Beer’s acquaintances about his behavior, but in reality it is clear that they’re mostly defending Beer at every turn.

There is zero evidence supporting this conversation ever happened or at least it is not cited in the article.

On the same topic, there’s the matter of this. I might be wrong but as far as I can tell no hard evidence is presented that this conversation ever took place with the alleged parties. The evidence presented is the image of the conversation itself. Not only could this image easily be replicated with nothing more than two phones but nothing proves that the two parties in the conversation are who they say they are. That aside the article claims that “redacted” or “redacted” is CIG staff.

When asked about redacted aka redacted, Jared Huckaby says:

“After searching, I can find no record of anyone by that name being employed by CIG at any time in our history, and after asking around the LA office, no one else seems to have ever heard of him either.”

It should be noted that moments before this was posted a redaction was made to this section on the original article, and it now no longer claims that redacted is CIG staff.

When we contacted Mr. Usher about the steps he took to verify Mr. redacted’s employment with CIG, this was his response:

‘Well, David Swofford never said he wasn’t employed when I mentioned it to him. Look, I asked redacted and that’s what he said. I was only quoting people based on what they said. You’ll have to ask him why he mentioned he had a connection to CIG.’

Expecting a communications manager to know the employment status and name of every employee at a company that employes over four-hundred people around the world, seems slightly naive.

With regards to the notion of being perma-banned for off-site activity,Jared Huckaby adds,

“Nobody has ever been banned from our forums for activity outside of our own website, and I can’t imagine anyone ever would be. I’ve even gone so far as confirmed with our Community Director to confirm this for the time prior to my involvement with CIG.  Frankly, we have no interest in policing the activity of our backers outside the confines of our own project. We’ve got plenty enough to do as it is.”

In the end, there are three major problems with Mr. Usher’s article. The first being, why does it matter. It’s a private individual and a private company having a spat.

The second problem, is there’s simply no credible proof that any of the claims made by BeerfortheBeerGod, or those made in Mr. Usher’s article, are factual.

The third major problem is, quite frankly, that CIG can do what they please on their forums. It’s their site, their forums, and they’re both theirs to police as they see fit.

This article was written by Killbotvii and Dolvak, and approved by Erris. If you have a question please message them on reddit at /u/themaster567, /u/Dolvak, and /u/Aieris_.