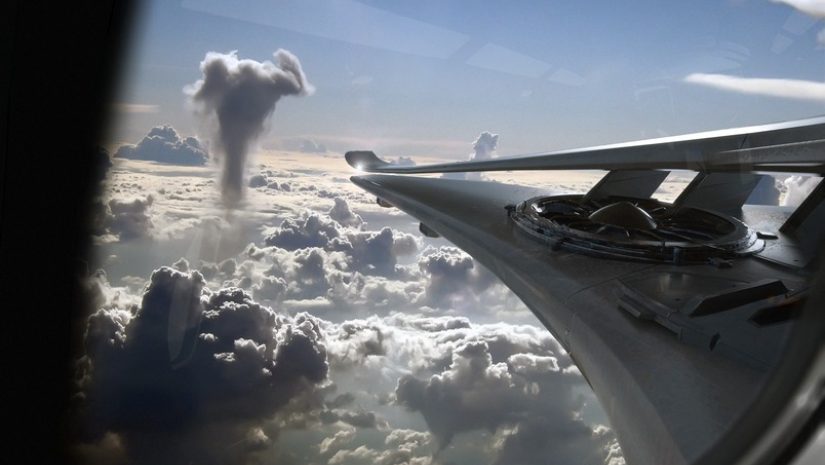 Greetings fellow Star Citizens!  Today I will be giving my thoughts and analysis on the recently completed Crusader Industries Genesis Starliner concept sale.

The Genesis Starliner concept sale took place from June 27th to July 6th.  This was probably the first concept sale in which CIG did not expect to sell very many ships.  The idea of moving passengers in the fairly involved fashion of the Starliner is not a typical gameplay element in the Space Sim genre.  The key to this ship is that it is very important for a “Living, Breathing Universe” as all of the Citizens of the Empire require ways to get from place to place in the ‘Verse.  Not everyone owns a ship and even if they do, they may occasionally find themselves without a ship in their current location. 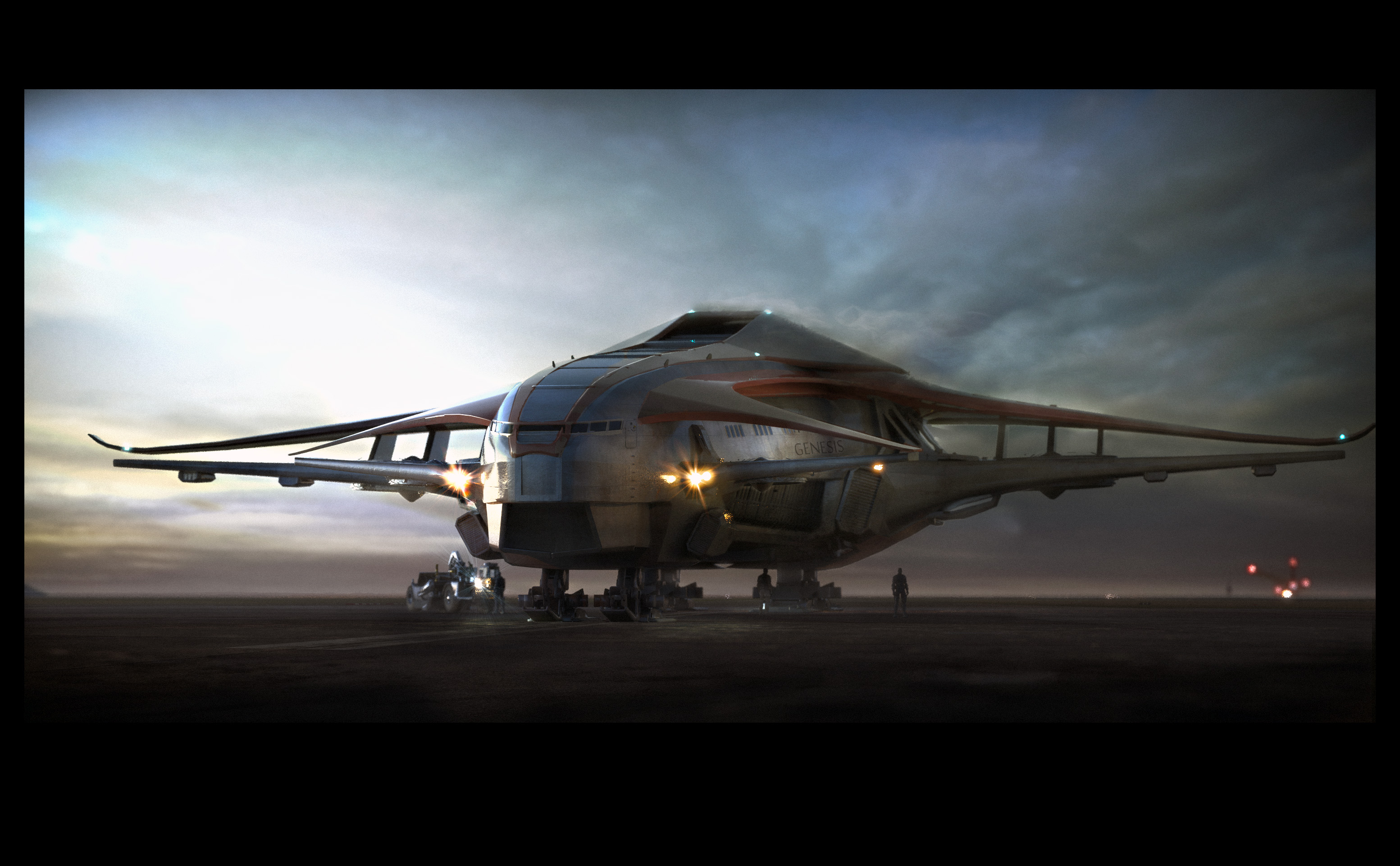 The Starliner fills this niche and at the same time provides what I personally consider to be intriguing gameplay, which you can read about in Tony Zurovec’s “Civilian Passenger Transport” design document.  Star Citizen’s professions look as though they will be rich and complex regardless of whether or not they represent traditional Space Sim gameplay.

This article will focus on discussing the Genesis Starliner concept sale and comparing it to previous concept sales.

More importantly, the MISC Hull Series brought with it a greater understanding of the cargo mechanics in Star Citizen.  You can find those articles below:

It was great to finally get a better grasp on how cargo will be handled in Star Citizen, since it is such an integral part of how the universe will function.

The Starfarer Gemini is a neat ship that sort of highlights again the great part of the community’s feedback and interaction with the CIG development team.  The Gemini was originally just flavour text in lore and wasn’t really being considered to be a ship you could pledge for.  However, the community seemed intrigued by the idea of an armed and armoured fuel tanker and that led to CIG deciding to go ahead and create the variant for us to add to our collections.

Some of you may be asking why the Starfarer Gemini didn’t get its own concept sale analysis.   Well, the fact is that I wasn’t sure it should qualify.  The still-limited base Starfarer went back on sale at the same time and will have skewed the numbers for the Star-G to some extent.  Therefore I felt it was perhaps not necessarily in the same league as some of the other concept sales noted in this article.  However, the base Starfarer has been available numerous times and you would imagine that most people who wanted it had previously picked it up.  Therefore, I came to the interesting conclusion of including it in THIS analysis but not giving it one of its own.

During the Starfarer Gemini concept sale, CIG released a three part Q&A about the base Starfarer and the Star-G.  You can find those here:

Frankly, for a variant of a fuel tanker, I think the Star-G’s concept sale went quite well. That said, it doesn’t come close to reaching the heights of the Orion, Reclaimer, Vanguard, or Hull series. Interestingly… the Star-G’s sale in terms of actual funds came remarkably close to that of our feature concept sale ship… the Reliant!

The MISC Reliant is a versatile starter ship featuring an array of xenotechnology courtesy of MISC’s business relationship with the Xi’An.  This is the first of a new classification of Tier II starter ships and is currently the only two seat starter.  The base Reliant is described as a mini-hauler but it can be outfitted for any number of roles.  In addition, CIG have already outlined what the Reliant variants will be:

Obviously the folks here at The Relay have a particular fascination with the News Van variant of the Reliant and plans are already in the works to add those to our planned fleet of news ships (mostly Drake Heralds up until now).

During the Reliant concept sale, CIG released a two part Q&A about the ship.  You can find those here:

The Reliant’s sale went well.  It did not bring in the same kind of funding as the Vanguard or Reclaimer but that seems to be is mostly due to its much cheaper price.  As you will see noted below, in terms of actual ships sold the Reliant is the winner of all of these concept sales by a landslide. 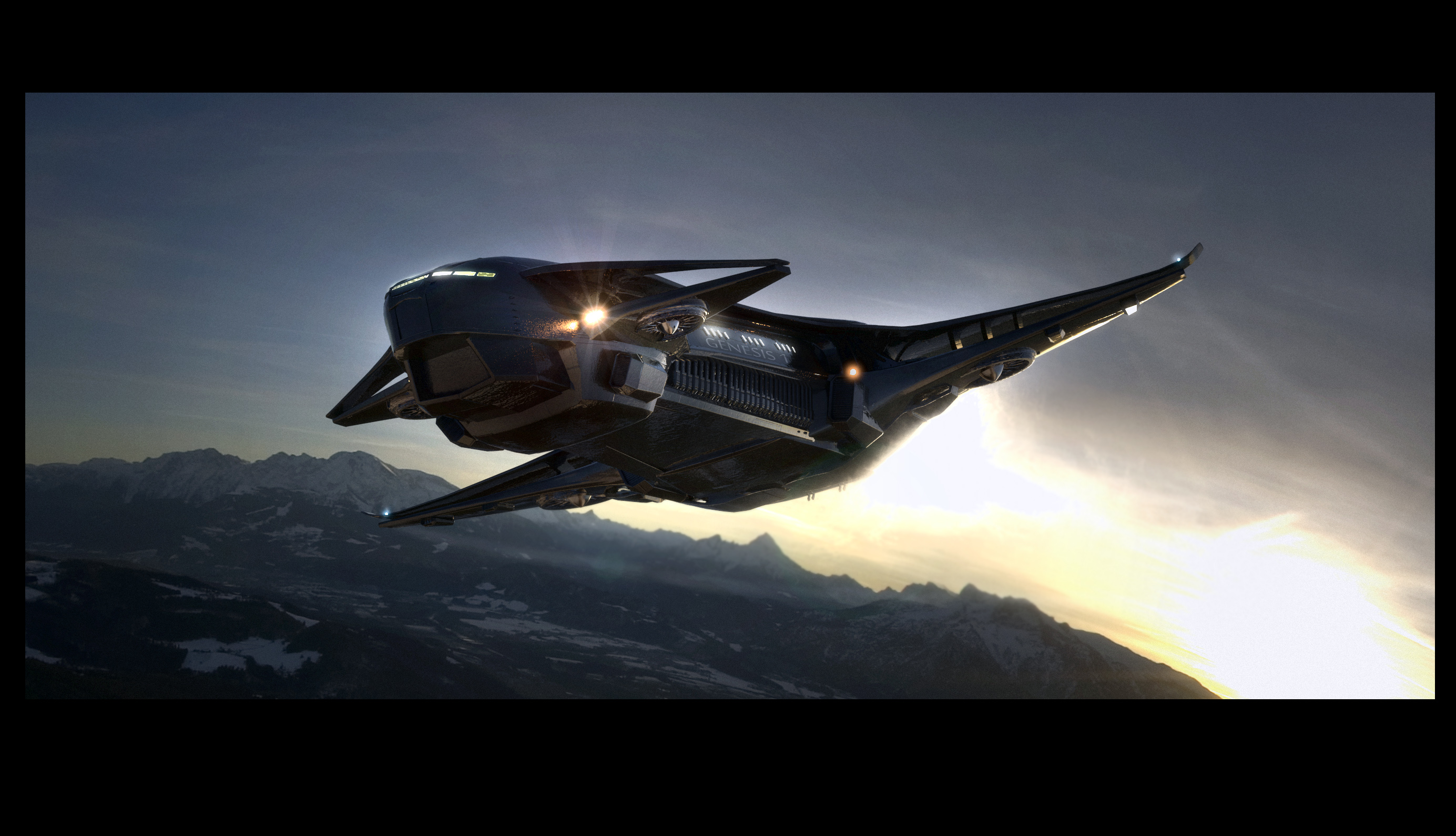 The Crusader Industries Genesis Starliner is the first Civilian Passenger Transport spacecraft concepted for Star Citizen.  It is designed to carry 40 passengers and 8 crew.  The LH307 Starliner is highly modular and will allow for any number of possible internal configurations including a nearly empty design for cargo carrying to an interior filled with luxurious suites to a military troop transport.

During the Starliner concept sale, CIG released a two part Q&A about the ship.  You can find those here:

The concept sale for the Genesis Starliner did not approach the lofty heights of previous concept sales compared here.  As I figure it, this is due to several factors.  Firstly, the Star Citizen community as a whole seems fairly disengaged at the moment due to the delays to Star Marine and the long period of time between full live releases.  Secondly, the gameplay offered by the Starliner is exotic for the genre and although I am intrigued by it, I’m sure there are many Citizens out there who either aren’t interested or want to wait to acquire the ship in-game.  Thirdly, the Starliner was $400.  While the stats arguably support the price, it didn’t help sell this already low-demand concept ship.

Interestingly, we found out on RTV that 1842 Starliners were sold during the concept sale, including ships purchased with store credit (often by “melting” other ships).  Based on the data we have, the funds taken in by CIG during the concept sale only represent around 1400 Starliners.  If you subtract the normal daily sales (about $18k/day recently), then it looks like CIG took in additional funds equal to roughly 1000 Starliners during the sale.  This means that almost half of these passenger craft that were acquired during the sale were due to other ships being melted.

At the end of the day, however, since CIG only expected to sell roughly 300-400 Starliners, the sale could be considered a success even if it was not the unqualified success of the Vanguard sale (for example). 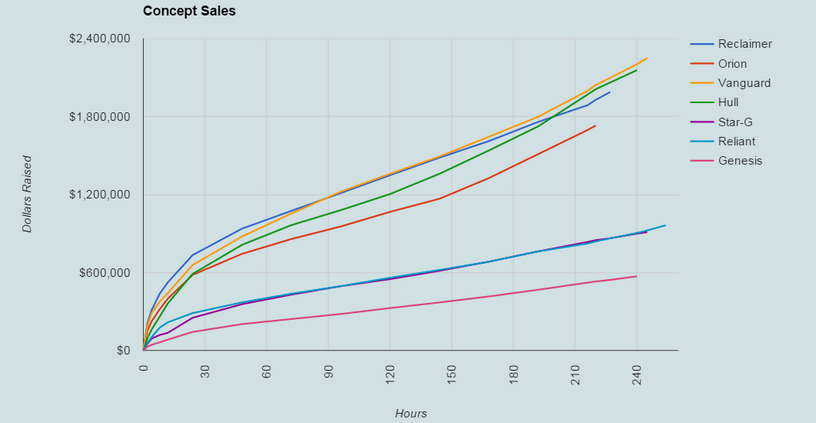 Illustrated above:  The Starliner had steady but comparatively low sales throughout its concept sale. 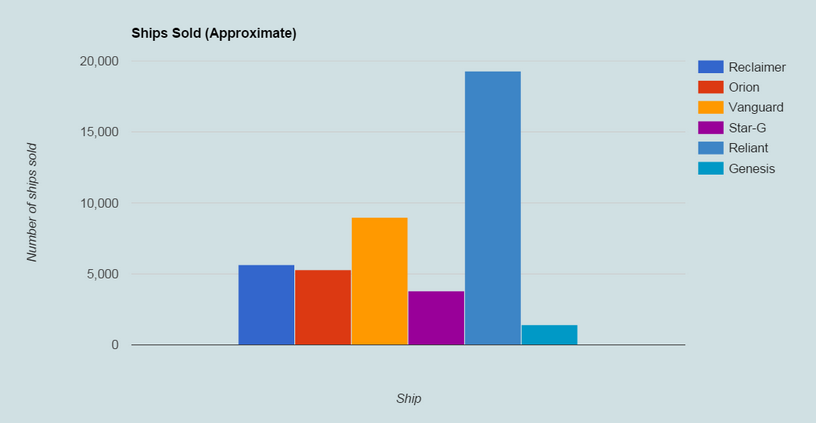 Illustrated above:  The ROUGH comparison of the number of ships sold in various concept sales. 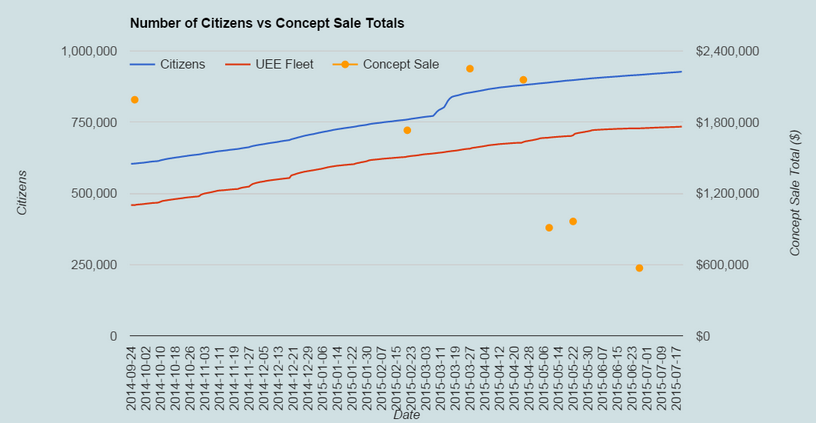 Illustrated above:  The number of Citizens and members of the UEE Fleet at the beginning of each concept sale.

The Crusader Industries Genesis Starliner earned $570k during its 10 day concept sale.  This total pales in comparison to the likes of the Vanguard ($2.25 million) but certainly earned much more than the ship’s production cost.  The low take of the Starliner is likely due to low current community engagement, niche gameplay, and a high purchase price.

There are now 1842 Starliners in the Star Citizen universe owned by players.  I am excited to see the gameplay in action, although I expect it will be quite some time until we do.

Ultimately, this ship was needed to flesh out the Star Citizen universe.  We absolutely need passenger transport ships to accomplish a “Living, Breathing Universe” – this is the first and she’s a beauty.