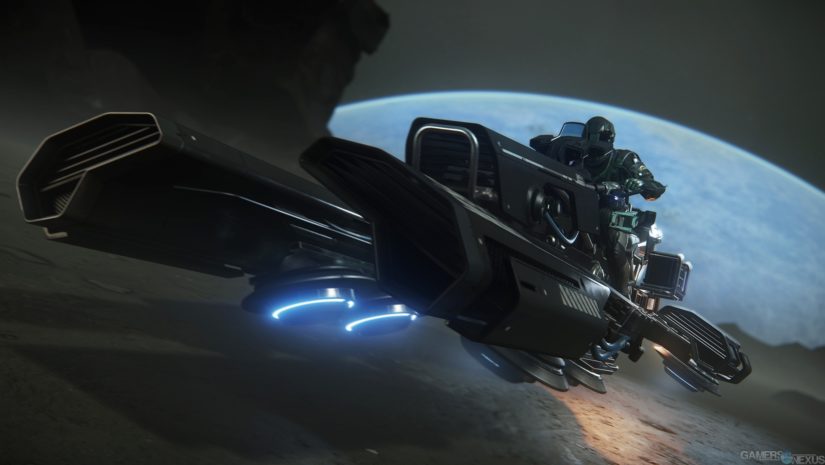 Hello Citizens! Star Citizen has reached the $120 million mark today for funding! Check inside for more details, analysis, and prognostication. I backed Star Citizen on December 9, 2012 and the project had raised just...

Hello Citizens! Star Citizen has reached the $120 million mark today for funding! Check inside for more details, analysis, and prognostication.

I backed Star Citizen on December 9, 2012 and the project had raised just over $7 million. I was astounded. I looked around at other crowdfunded games and they were nowhere near that kind of support.

Today is August 23, 2016 and Star Citizen has now raised $120 million, far eclipsing not only all other crowdfunded games but any crowdfunded project of any kind.

Through piecing together bits and pieces of information over the years, some of the key info actually coming this summer, we know that the number of Citizens that have financially contributed to the project is roughly half of the total.

So, three quarters of a million people have helped Cloud Imperium Games amass a game budget of $120 million with that number likely to reach at least $135 million by the end of 2016.

Some may ask if it’s really realistic for Star Citizen to amass an additional $15 million in the final 4 months of 2016 when it only made $15 million in the first 8 months of the year. The reason I believe this will occur is that the 4th quarter is always huge for CIG. CitizenCon, Anniversary Sale, Holiday Livestream, Holiday Sale.

So, going by those numbers it actually might be a little conservative to expect only $135 million by year-end, given that we still have 5 weeks until Q4 even begins.

That brings us around to Gamescom 2016 and current funding.

Gamescom was frankly a resounding success for CIG and Star Citizen. They were able to show off a vertical slice of the persistent universe gameplay – huge and compelling universe, detailed and beautiful visuals, multiplayer cooperative and combative gameplay.

The press received a detailed look at this demo of Star Citizen Alpha 3.0 and the response has been mostly glowing, as you can see in the links below:

This coverage and optimism, the Anvil Terrapin concept sale, and the availability of exploration packs has led to an impressive amount of sustained funding.

Star Citizen has made over $1.4 million since the Gamescom demo and is still, 4 days later, bringing in roughly $10,000 per hour on average.

To put that in perspective, prior to the show a normal day would see Star Citizen bring in $1,000 to $2,000 per hour. In addition, the project only brought in about $895,000 in the entire month of July, while after the Gamescom presentation this mark was eclipsed in less than 48 hours.

We are entering a very interesting phase for the project as a whole. Q4 will bring the Star Citizen Alpha 3.0 release, featuring the first full star system in the persistent universe among other things. Adding to that, Foundry 42 UK began crunching in May which I believe is the long lead up to a full commercial release of Squadron 42 Episode 1.

The release of Squadron 42 will be something to watch for a lot of reasons, including the crowdfunding campaign.

Will the sales of Squadron 42 be included in the funding totals for Star Citizen?

How many copies will Squadron 42 sell?

Upon talking to other members of the community, most agree that the benchmark for success for Squadron 42 is 1 million new sales with 2+ million being a wildly successful release.

The price for Squadron 42 on its own is $45 but I would wager a fair number of people who purchase it will actually buy the combined game package including Star Citizen for $60.

If you look at the numbers, a successful release of SQ42 Ep 1 could mean an additional $50-100 million to aid in development of Star Citizen as a whole.

When people ask how Star Citizen will be supported post-launch, I believe this is a good portion of the answer. SQ42 Ep 1 will release likely at the end of 2016 or Q1 2017. Based on Chris Roberts’ comments at Gamescom we would then see Episode 2 in 2019 and Episode 3 in 2021, followed thereafter by a new “narrative story” every year (2022, 2023, etc). The sales of these singleplayer narrative experiences will be an excellent way to supplement the ongoing development budget for Star Citizen and will continue to drive improvements in both the MMO and singleplayer games.

Bringing things back to the near-future, 2.5 will soon be released to Live. 2.5 features the Grim Hex outlaw base – a dilapidated former mining base inside an asteroid, new graphical features, as well as the Argo and Reliant as new flyable ships.

2.6 will feature the release of Star Marine and an update to Arena Commander. I would imagine that CIG would like this to be out in the wild by the time CitizenCon rolls around on October 9th.

I believe 2.6 will set up a test bed for Squadron 42 as the patch focuses on the FPS and space combat pieces of the game.

Meanwhile, because 2.6 is not focused on the persistent universe there will likely be a significant number of people at CIG who will shift their focus, or already have, to 3.0.

I have to say that I am personally very excited for CitizenCon. A good look at Squadron 42 and the 2nd generation of the procedural planet tech should make for a great show. Plus I’ll be there!

Thanks for reading! I hope you enjoyed!